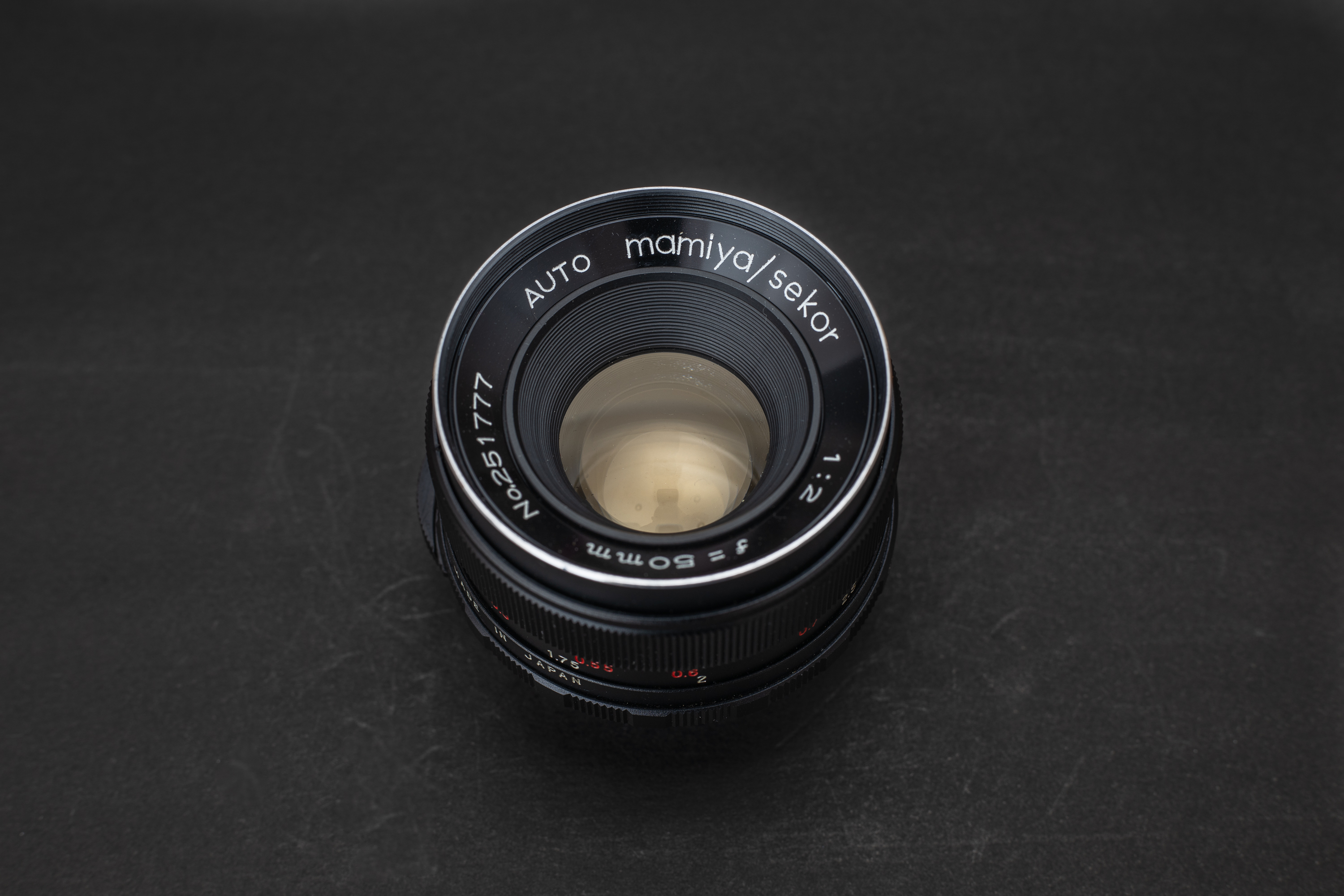 Mamiya Sekor 50mm f2 is comfortable to use – the focus ring is large, smooth and well-damped, but not as refined or precise as the Konicas or Canons. Aperture selection is pleasant and tactile. Construction is sturdy – composed of metal and glass. And it shows – many years of use-and-abuse, and yet this lens looks like new. It is single-coated with signature Mamiya yellow tint. Despite coating, it does flare a lot and loses contrast when pointed towards the sun.

Images shot with this lens are beautiful and contrasty. Photos are sharp from about f4, but quite soft wide open. Flare can contribute to achieving creative light effects for artistic purposes. This lens offers a rendering similar to the other Mamiya 50mm lenses from the 1960s.

Backgrounds are rather busy. I do like the separation between objects, but it is not as strong because this lens is regularly stopped-down to f4 – otherwise it is too soft. In some cases, busy backgrounds can look good and form a character of the vintage image, but it is very much a matter of taste. Used wide-open shows bubble-bokeh effect with pronounced edges on the specular highlights.

The minimum focus distance is about 50cm, which does not allow enough magnification for macro photography on its own. Nonetheless, it is possible to improve that by using an adapter with a helicoid.

Macro performance of the Mamiya Sekor 50mm f2 is good – the images are well defined, but getting good shots is difficult. It is not a fast lens and needs further stopping down to increase sharpness, but that makes resultant apertures very small. The helicoid adapter also uses up a portion of the remaining light, making it tricky to use hand-held. Mamiya Sekor 58mm f1.7 or the Mamiya Sekor 55mm f1.8 are both noticeably better lenses for close-up photography.

Due to M42 mount, the Mamiya Sekor 50mm f2 is a very adaptable lens and works well with mirrorless and SLR cameras. However, mirrorless cameras gain an advantage because larger space between the sensor and the glass permits helicoid adapters.

Pixco Canon RF to M42 helicoid adapter provides close focussing and significantly increases magnification when it is needed. Switching between infinity and macro range on a whim is easy without adding any extension tubes – all it takes is a turn on the helicoid adapter ring. I ended up using it with every M42 lens because of the seamless flexibility that it offers.

These lenses are usually inexpensive and often come with the Mamiya DTL camera bodies. They are not rare or difficult to find. I bought mine on eBay – they go for about £40 on eBay UK, €50 on eBay Germany or $50 on eBay US.

Mamiya Sekor 50mm f2 delivers beautiful colours and contrast but lacks smooth bokeh, fast aperture, or the excellent sharpness of the other lenses in the line. The best way to describe this lens is to say it’s not spectacular in any field, but competent enough where it matters. I enjoy using it, but considering the is no price difference between it and a 50mm f1.8 – I would use the latter. For these reasons, I would rate it 3 out of 5.